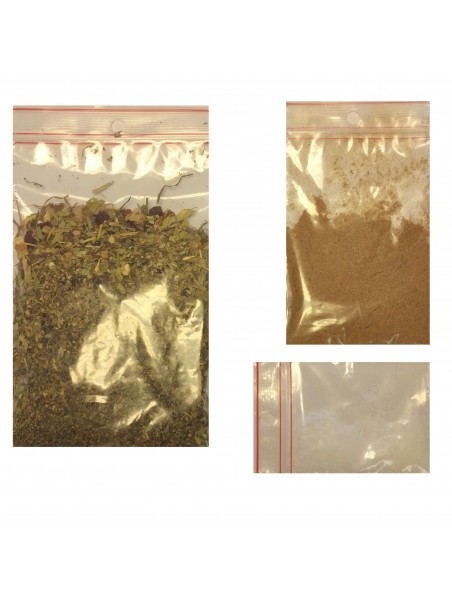 Swedish Elixir by Maria Treben (To make 1.5 liters of preparation)

To make the famous Maria Treben's Swedish Elixir yourself!

This kit consists of Swedish Herbs, Venetian Theriac and Camphor.

Description and History of the elixir of the Swede:
Complete kit for the preparation of 1,5 liter ofSwedish Elixir by Maria Treben - Elixir of long life.

Maria Treben's Swedish Elixir: What is it?

The birth of the Elixir of the Swede would go back to the ancient civilizations of Babylon and Egypt, where there was a mysterious (elixir of long life), reserved for the kings and priests of the time.

It was in the 12th century, during the period of the Crusades, that the recipe came to us and circulated under different names among herbalists, alchemists and researchers. The most famous of them were Paracelsus in the sixteenth century, followed by Doctor Samst in the eighteenth, a doctor... Swedish. He wrote the definitive composition of what would later be called "the Elixir of the Swede" or "the Swedish Elixir" Liqueur du Suédois" .

Unfortunately, at the end of the 19th century, modern chemistry, especially medicines, supplanted the use of medicinal herbs for a time, and the elixir was forgotten.

In the 20th century, an Austrian specialist in traditional herbal medicine, Maria Treben (the famous herbalist), rediscovered the recipe of this elixir as well as its digestive, tonic and depurative virtues.

It is since about twenty years that we appreciate the elixir of the Swedish.

Properties, benefits and virtues of the elixir of the Swede:
Natural product essentially composed of bitter plants and alcohol, the Swedish elixir has the following properties
- Detoxify the body and tone it up ( it helps digestion after a rich meal).
- Depurative action: disinfect, detoxify, stimulate circulation.
- Sovereign digestive action against flatulence, heaviness of stomachs, cramps, nauseas, heartburn or constipation.
- Tonic action: the plant extracts contained in the preparation are known to fight and prevent general and intellectual fatigue, and even sexual fatigue!
- Anti-inflammatory and antiseptic, in external use it can also relieve insect bites, irritations, small inflammations, buttons or acne..

It is thus at the same time digestive, tonic and depurative, i.e. that it recapitulates with him only the whole protocol of a cure of detoxication and naturopathic regeneration.

If we study the different actions of the main components of theswedish elixirthe two main types of plants used are :
- Either laxatives (aloe, senna, rhubarb and manna);
- Either hepatic and/or stomachics, usually lined with tonics (saffron, gentian, angelica, carline, and zedoary).

The few other plants seem to be very judiciously charged with disinfect (myrrh), of detoxify (Venetian theriac), and stimulate blood circulation (camphor).

1 other bag (included in the first bag) containing :
2g of natural camphor of Chinese origin, tonic action. Not to be used by people with heart and circulatory disorders in case of low voltage.
A version with 10g of camphor is available here.

Alcohol is not provided.

The version of Maria Treben's Organic Swedish Elixir without alcohol and in ampoules is available here.

Preparation: How to prepare the recipe for Maria Treben's Swedish Elixir?
Leave the contents of the sachet to macerate in 1.5 liters of alcohol at 35-40° for a minimum of 15 days. However, I advise you to macerate for 1 month in order to extract a larger quantity of active principles. It is advised to use grain alcohol (whisky, vodka) rather than fruit alcohol to make its preparation of Swedish Elixir.

Use and Dosage: How to take and use the Swedish Liqueur?
In external usethe Swedish elixir is used in soaked compress to leave on the concerned area from a few minutes to 1 hour depending on the needs.

Presentation:
Sachet including the plants and the camphor necessary to the preparation to which it is necessary to add 1,5 L of alcohol.

Discover the whole range of old-fashioned remedies from the herbalist's shop!

The advice, information, recommendations, properties, indications, dosage, precautions for use etc. are provided for information purposes only.

To discover the dozens of opinions on the real Elixir of the Swede of Maria Treben, do not hesitate to go to the bottom of this page.

Click here to discover all the herbal products equivalent to Swedish Elixir by Maria Treben (To make 1.5 liters of preparation) of the category Swedish elixir: digestion, purification and tonic Discover also at the herbalist's shop all the products Louis

Graduated in herbalist in 2013, Louis has selected for you a wide range of organic and conventional medicinal plants and offers them as herbal teas in single plants or in mixtures.

Our herbalist also offers a range of teas (black, white and green teas), as well as Ayurvedic infusions. 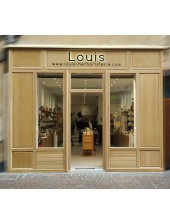 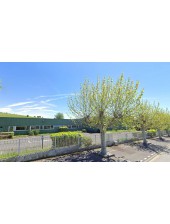 Ideal as a natural stimulant in case of fatigue, the Vinegar of the 4 Thieves is known for its depurative, detoxifying and energizing virtues

In gargle, it is used to relieve the evils of throat and in inhalation, to clear the respiratory tracts

To drain the body effectively and regenerate the organism, the elimination systems must be in good condition Dépurasève really stimulates the elimination pathways and deeply cleanses the body of accumulated waste and toxins (drug residues, air pollution, tobacco, alcohol, etc. [...]
020186

To drain the body effectively and regenerate the organism, the elimination systems must be in good condition

Elaborated with the greatest care, the Swedish Balm offers all the beneficial properties of the organic Swedish Elixir made according to the method of Maria Treben, with the advantage of a practical and fast application in external use. [...]
BF110

Elaborated with the greatest care, the Swedish Balm offers all the beneficial properties of the organic Swedish Elixir made according to the method of Maria Treben, with the advantage of a practical and fast application in external use.

Swedish Elixir by Maria Treben (To make 1.5 liters of preparation)

No related article on blog